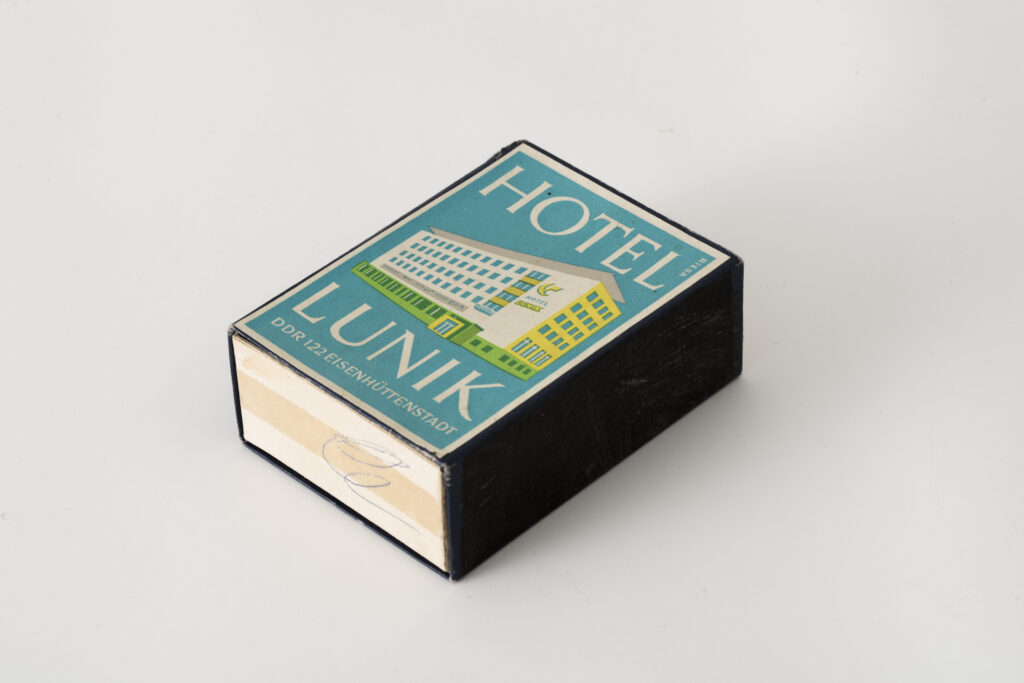 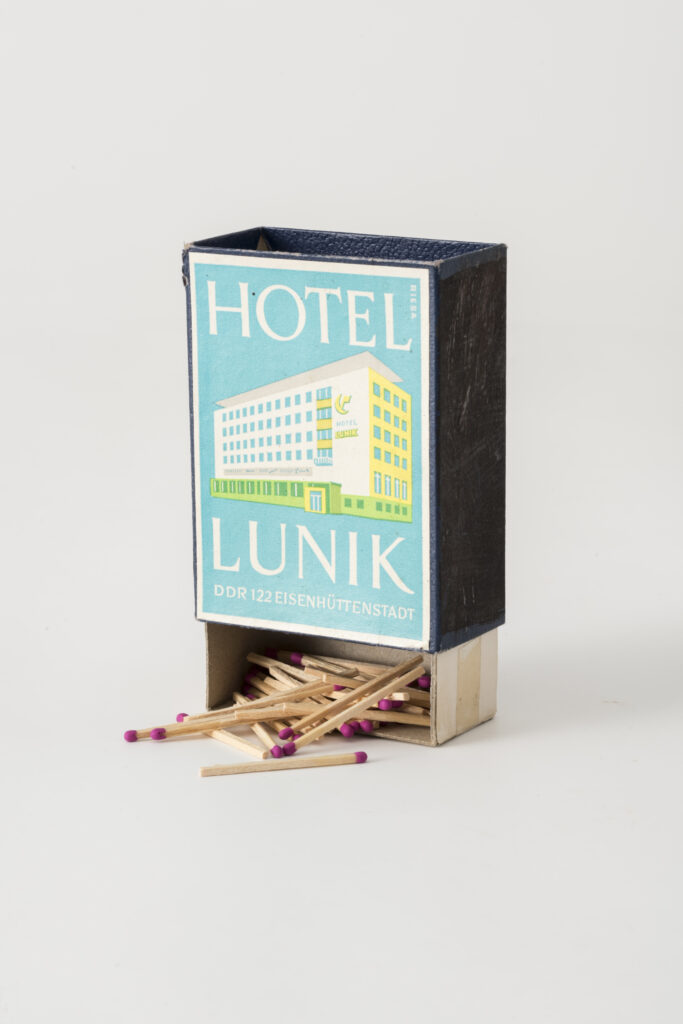 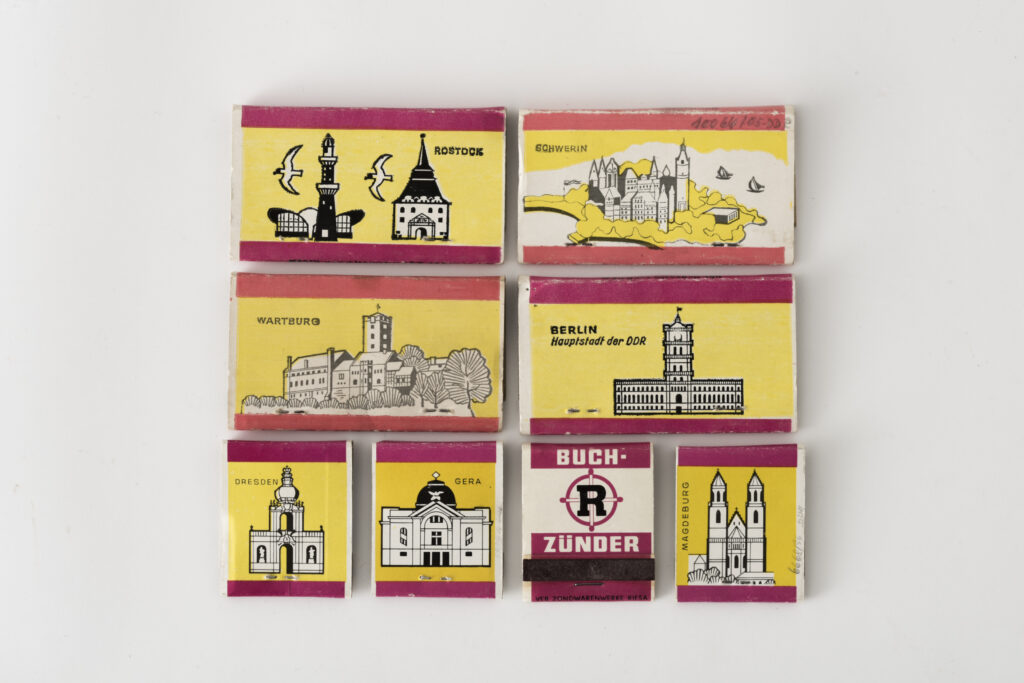 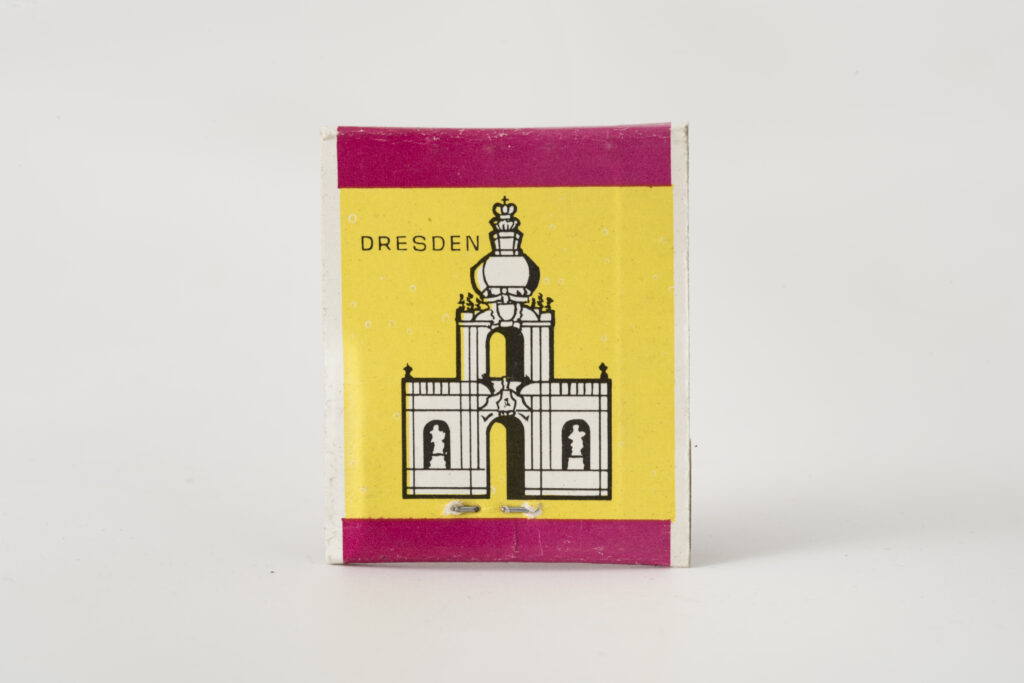 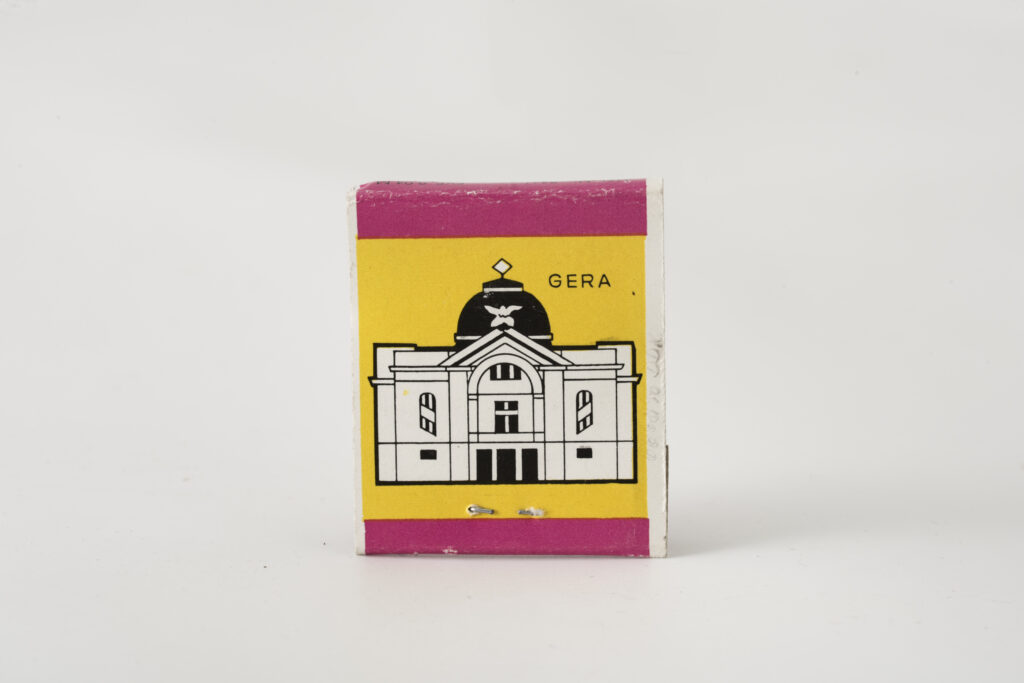 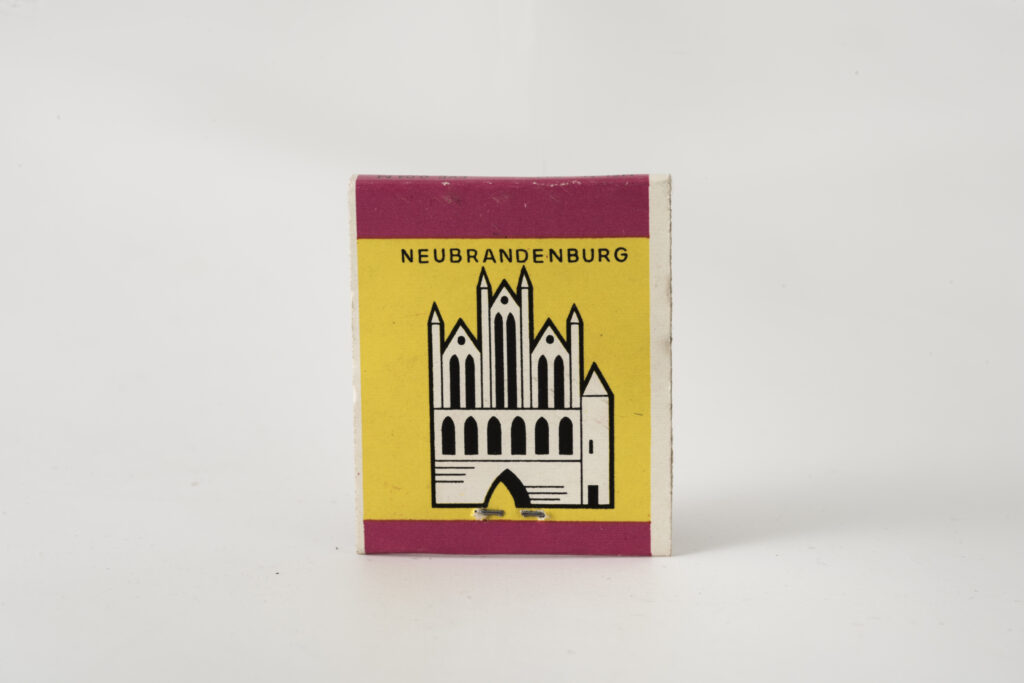 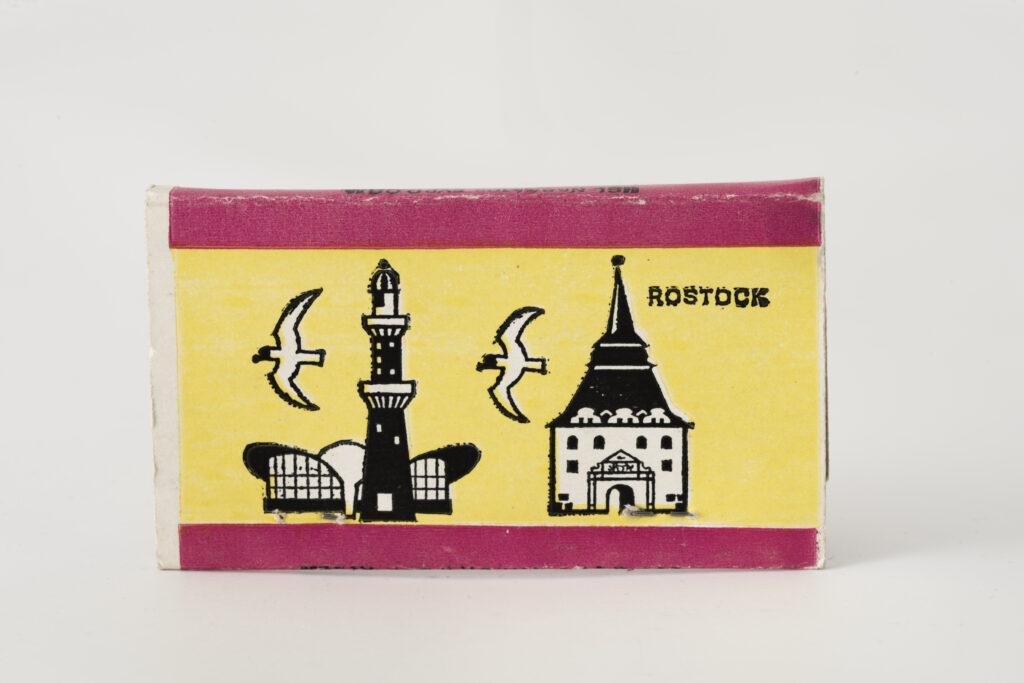 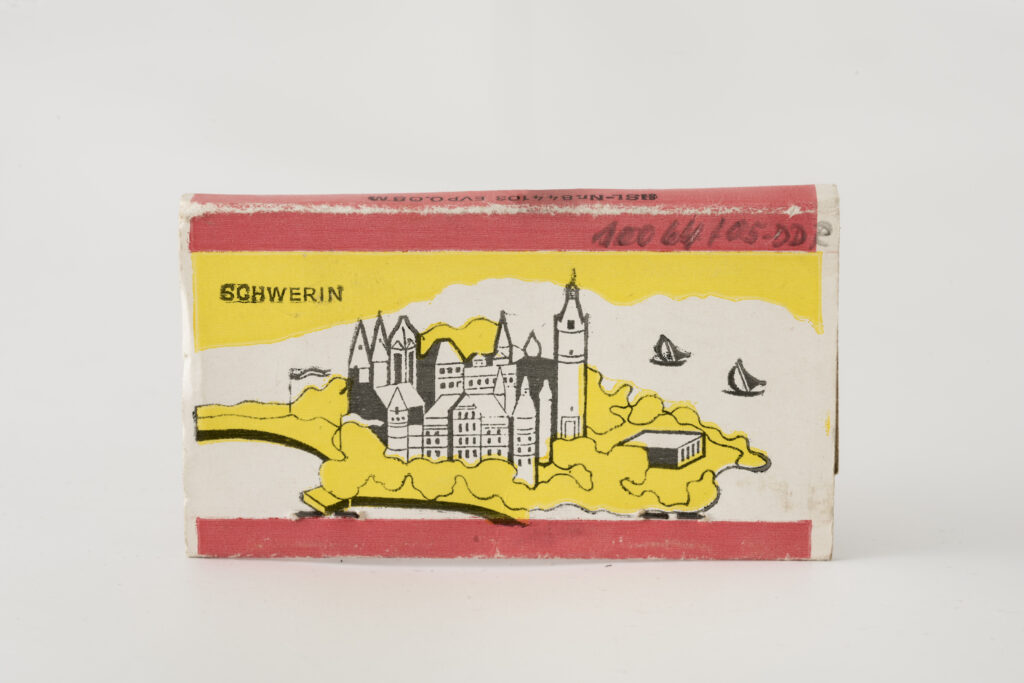 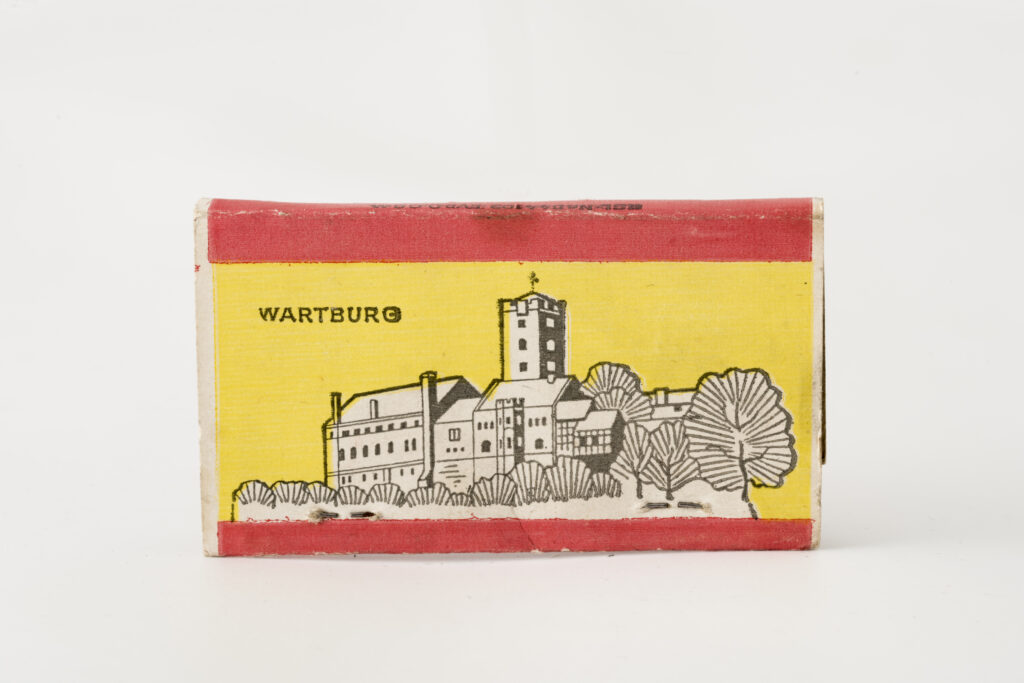 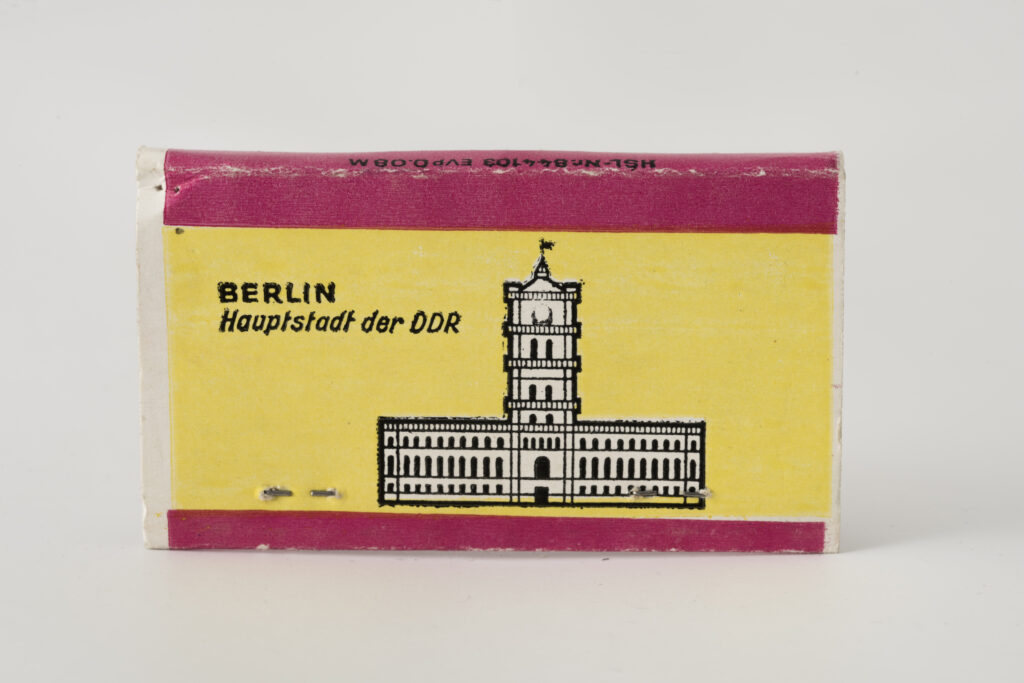 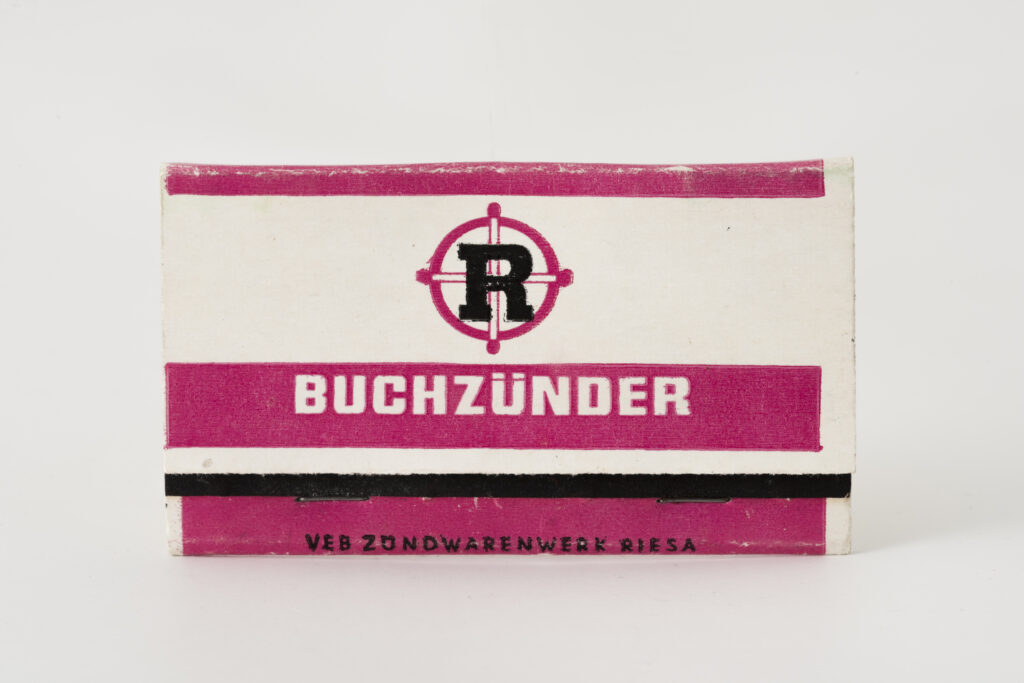 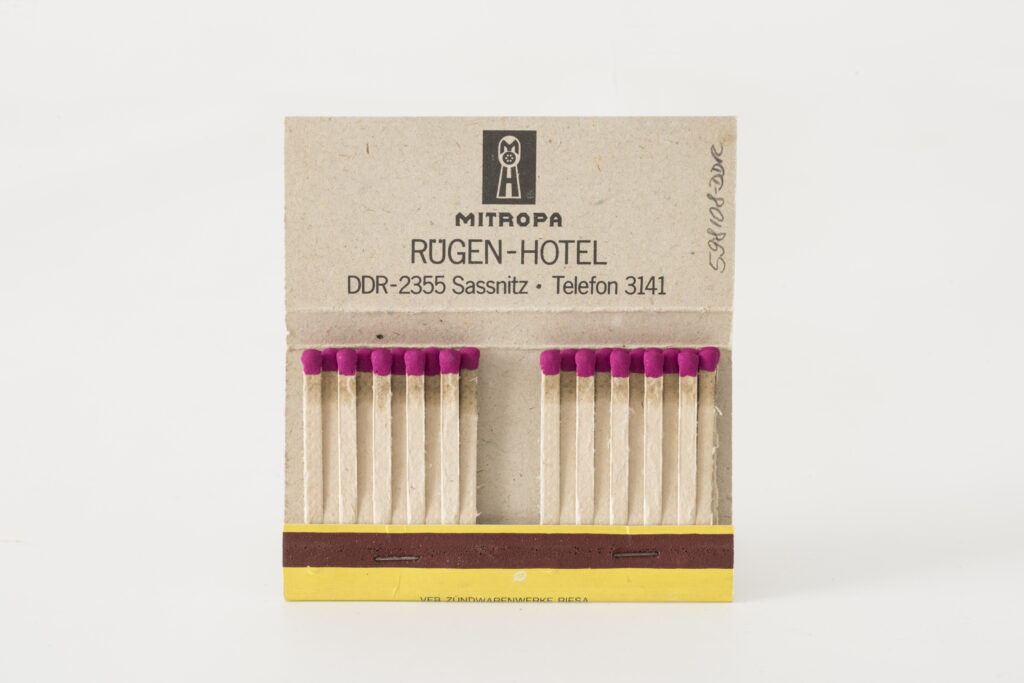 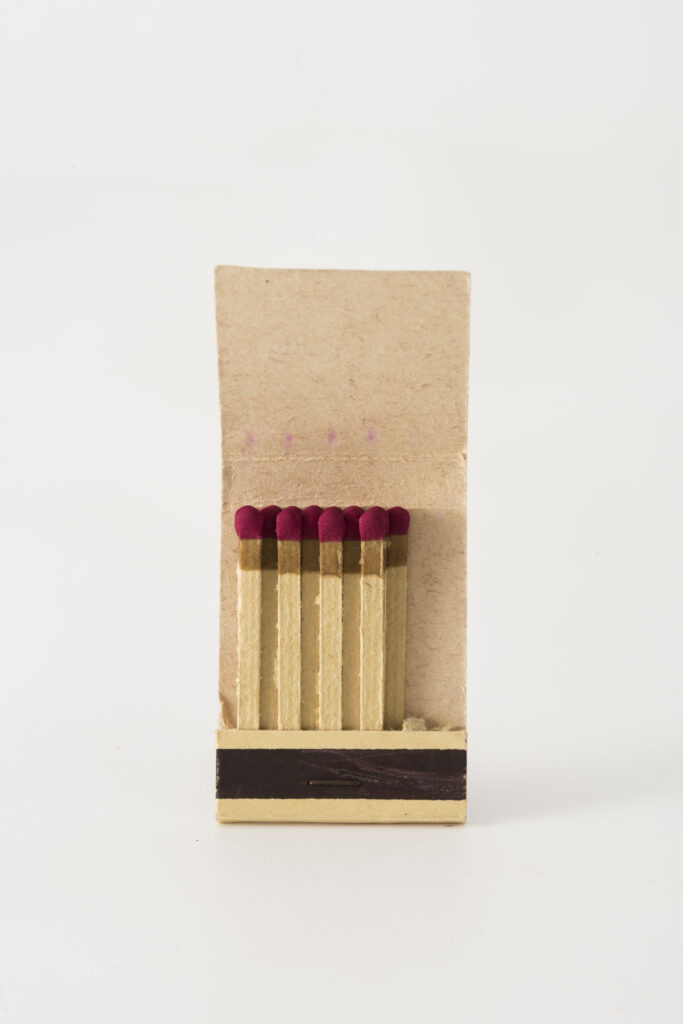 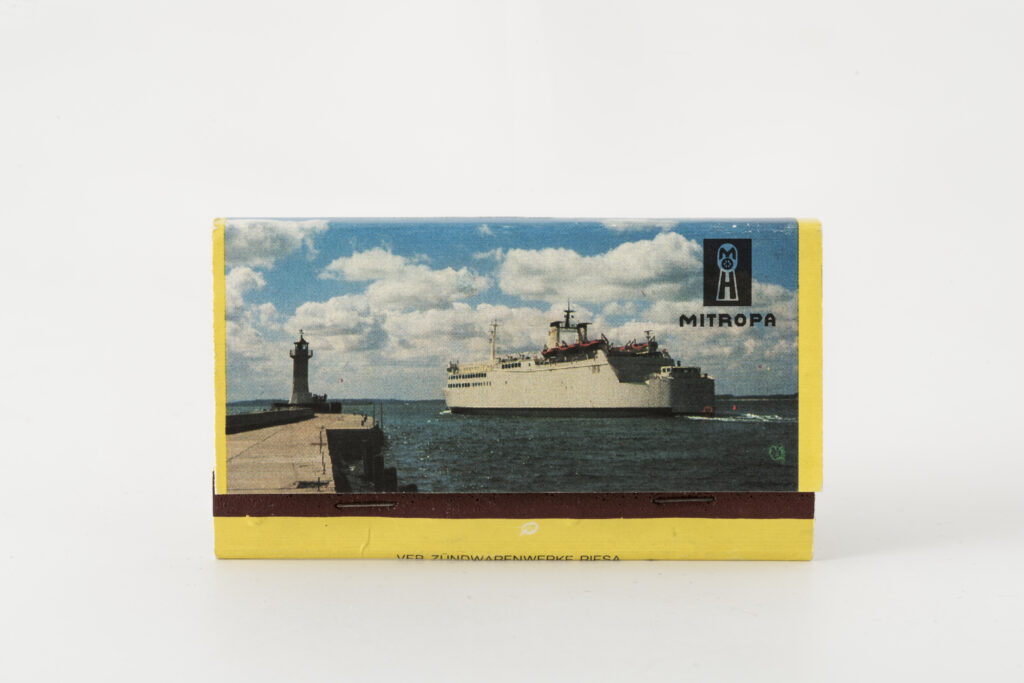 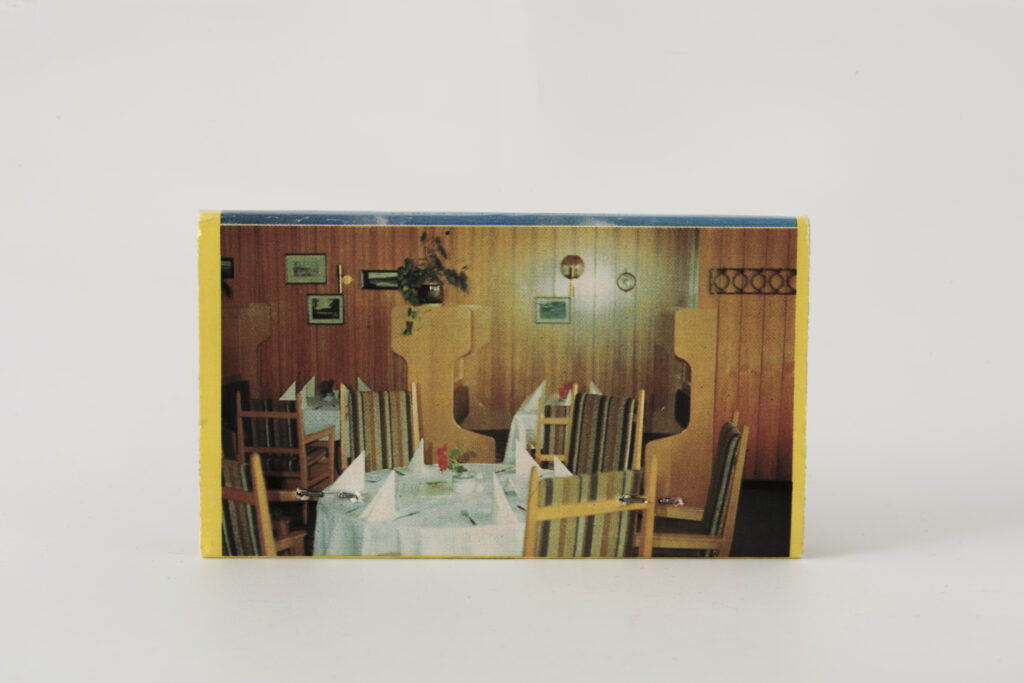 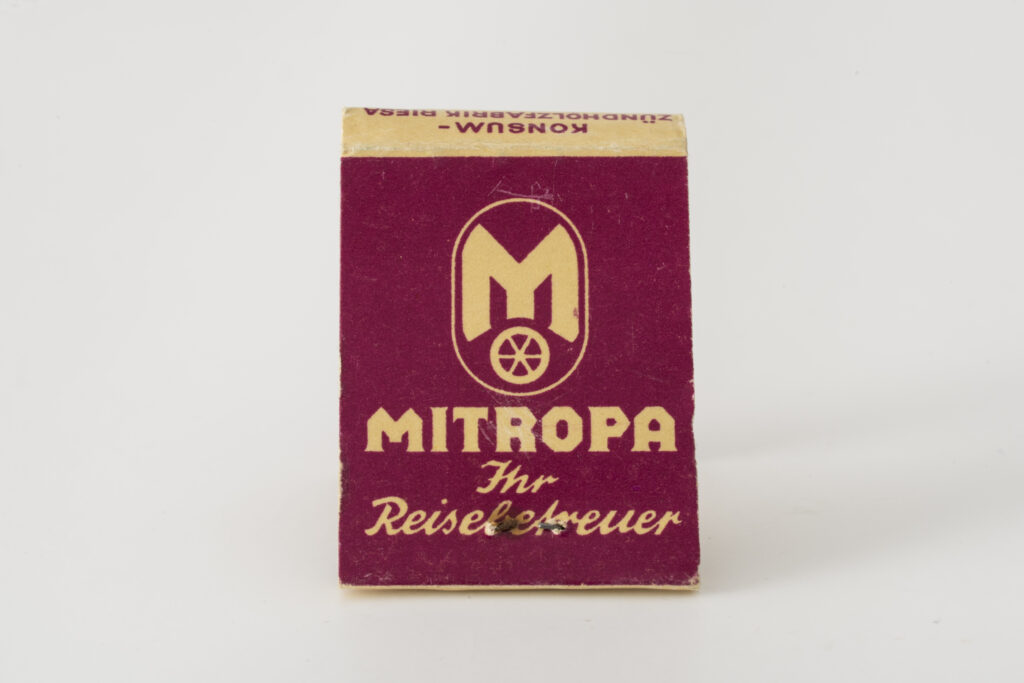 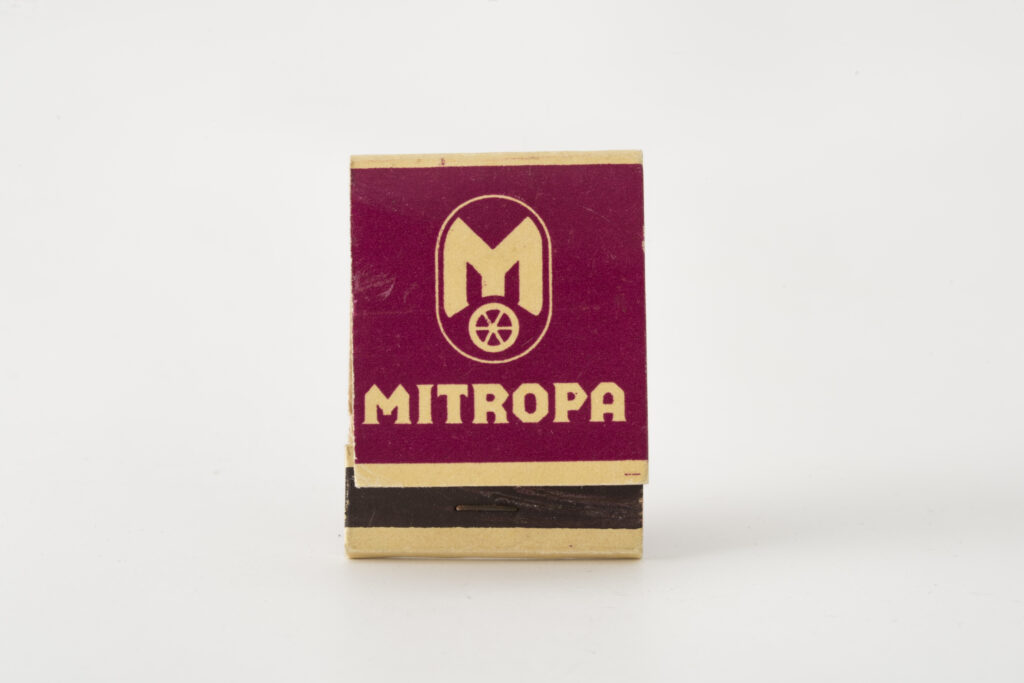 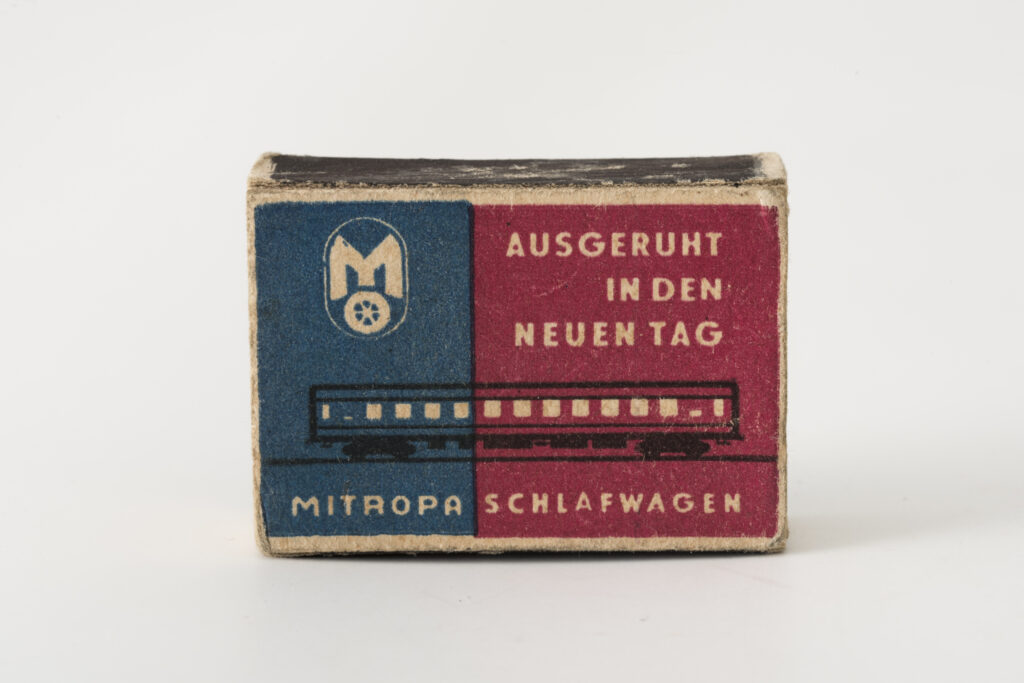 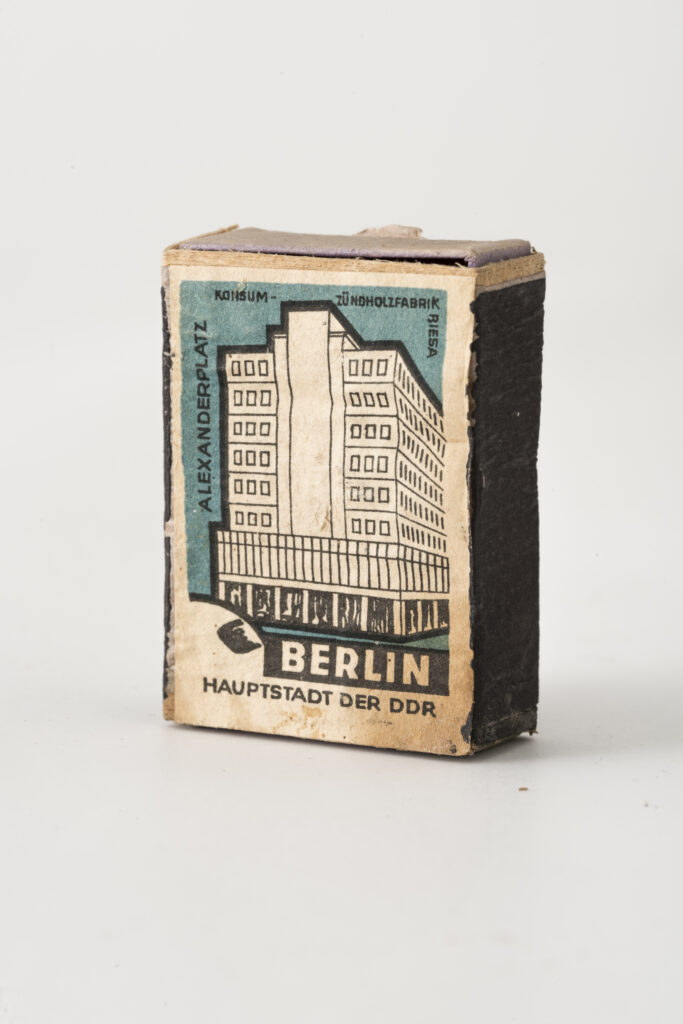 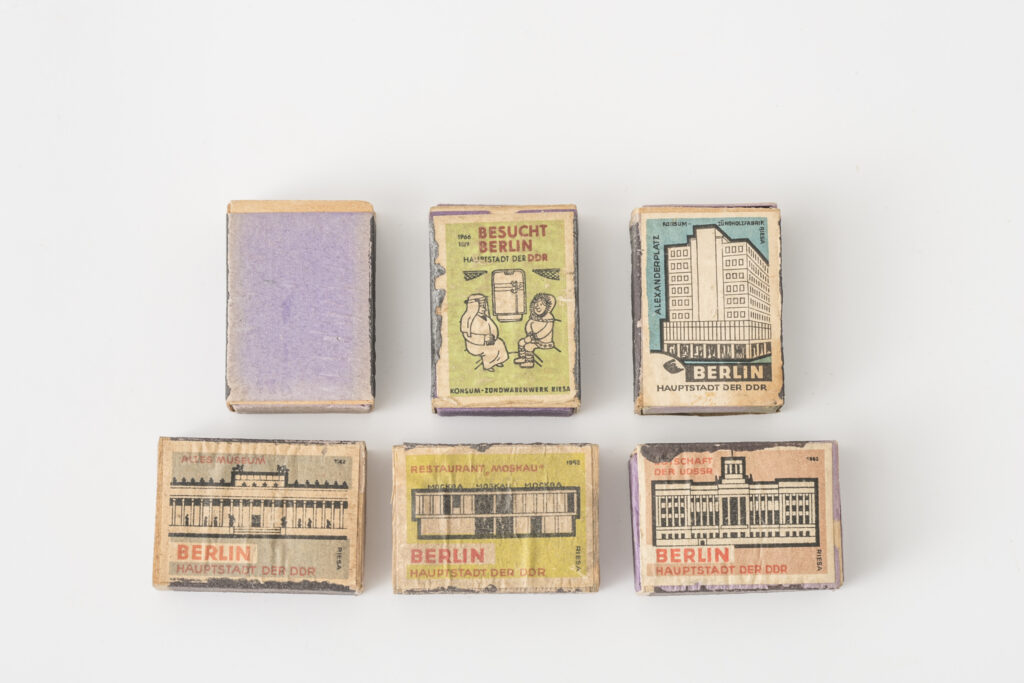 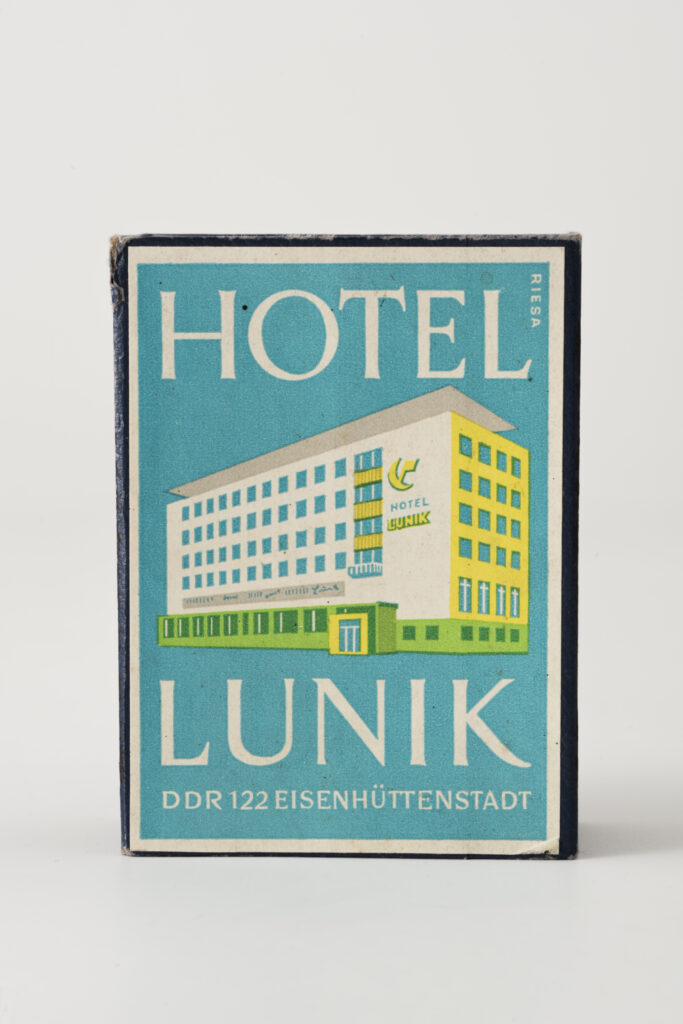 The 18-part collection reflects the diversity of matches produced in the GDR and their boxes. These mass-produced items were very cheap and available in various sizes and designs. They were also popular collecting items as souvenirs, since the packs often presented pictures of cities or landmarks. The graphic design of the boxes also allowed them to be used as advertising, as in the case of the Mitropa matches.
One special variety of matchsticks was known as “book matches” in especially flat, pink and yellow boxes. The little folders of matches were available in two sizes and could be flipped open. The matches were attached to the inside of the folded card.The presented matchboxes were produced by VEB Zündwarenwerk Riesa.