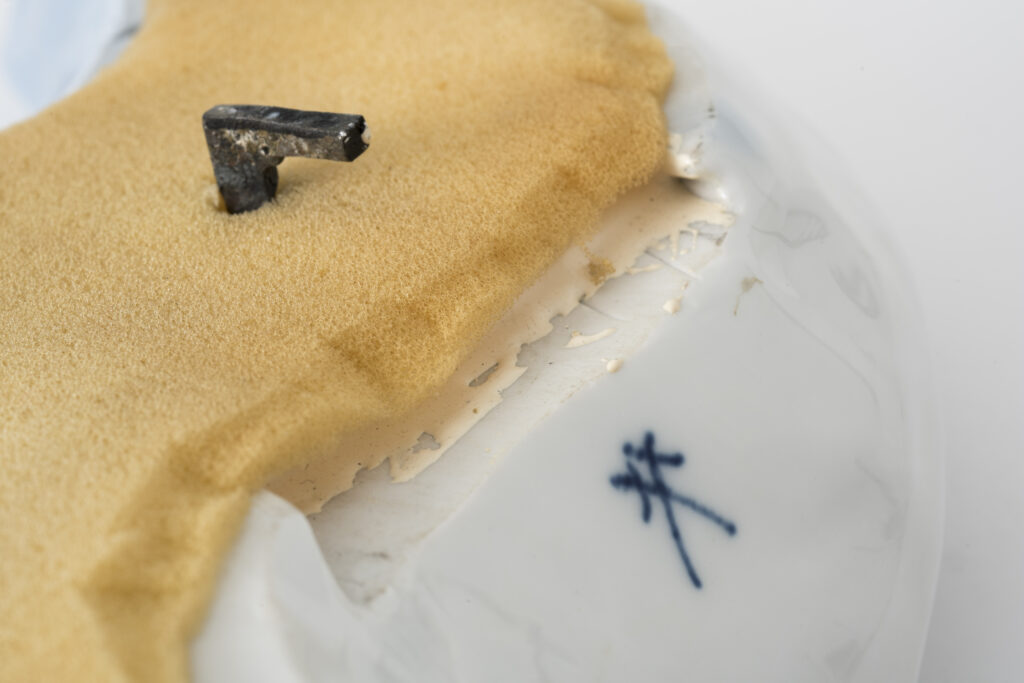 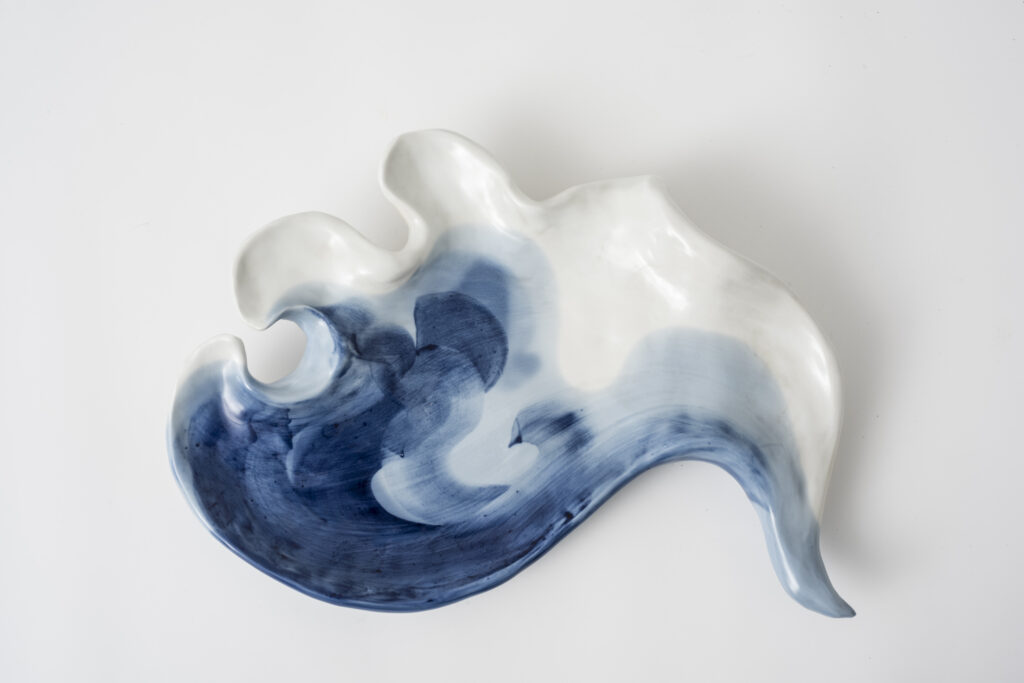 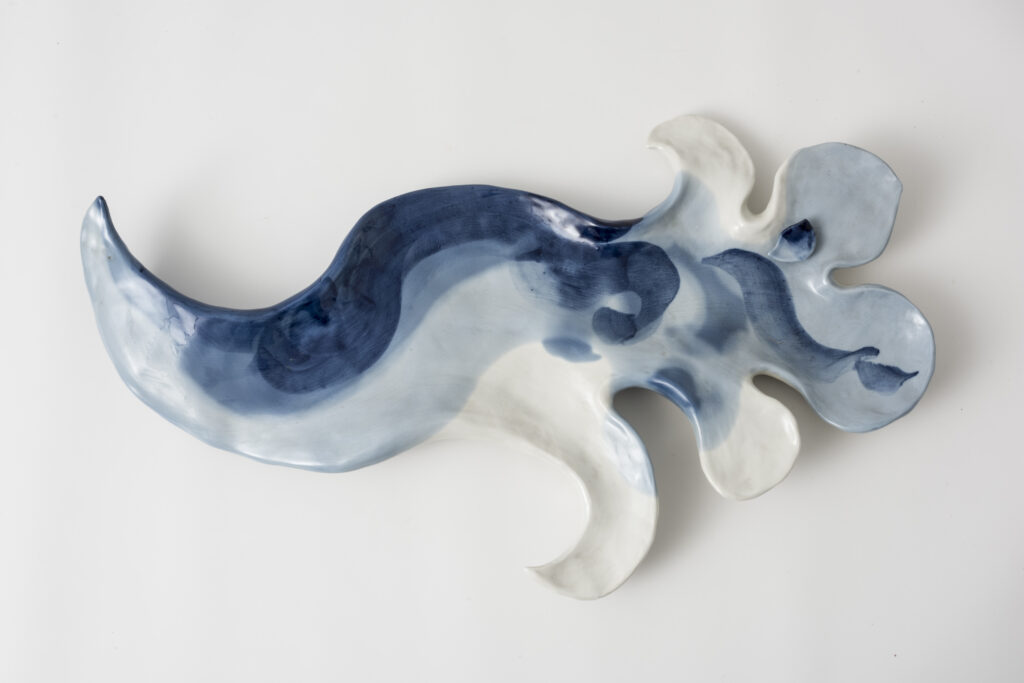 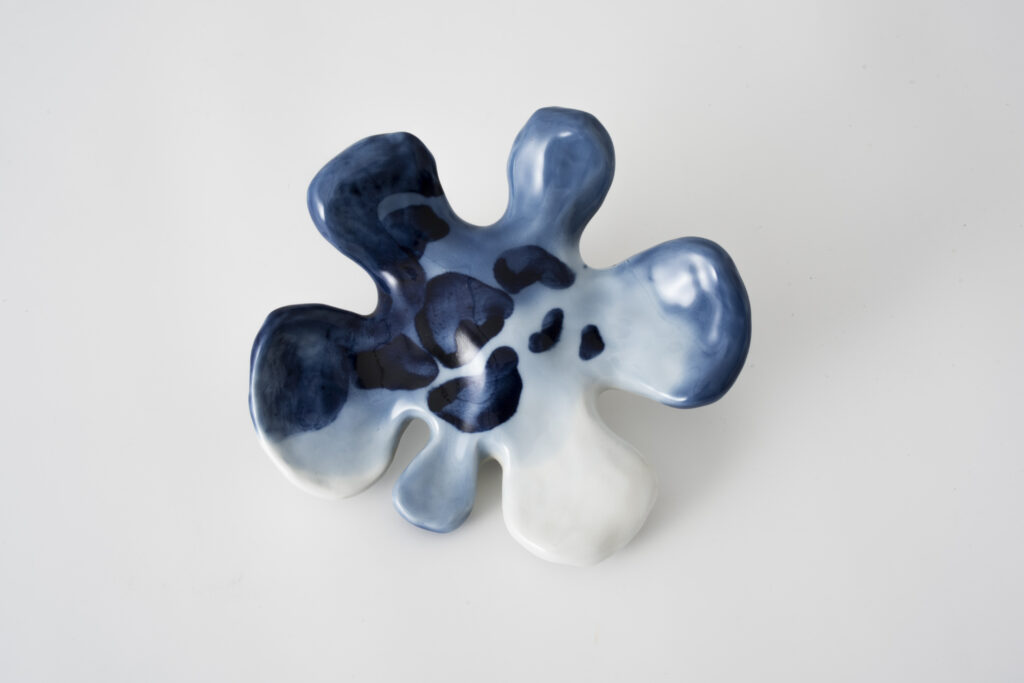 The 24-part mural ornamentation originally decorated the recreation facility known as Erholungsheim Baabe in Sellin on the island of Rügen. The collection, which breaks down into three groups of eight parts respectively, consists of flat, abstract figures. They are characterised by diverse variations on organically sweeping contours and their artistic coloration in various blue tones. The dynamic forms combine with the bluish colour design and the varnish to portray thundering waves and splashing water – as befits the holiday resort of Baabe on the Baltic coast.

The porcelain mural elements were produced by Meissener Porzellanmanufaktur and designed by the artist Peter Strang. He was regarded as one of the most important sculptors and model makers in the porcelain factory during the second half of the 20th century.