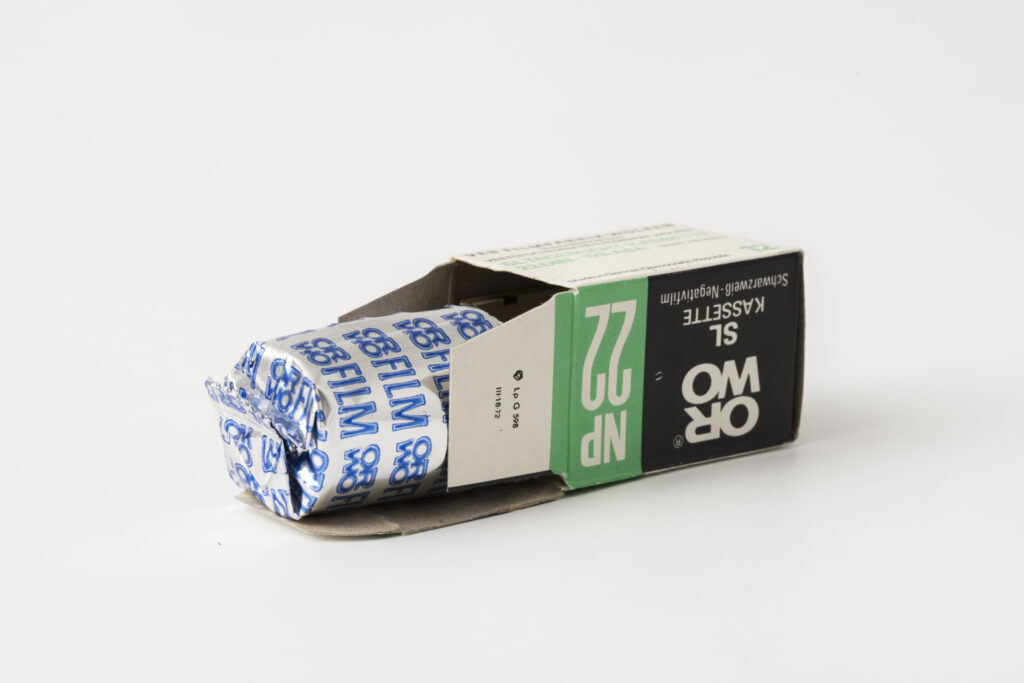 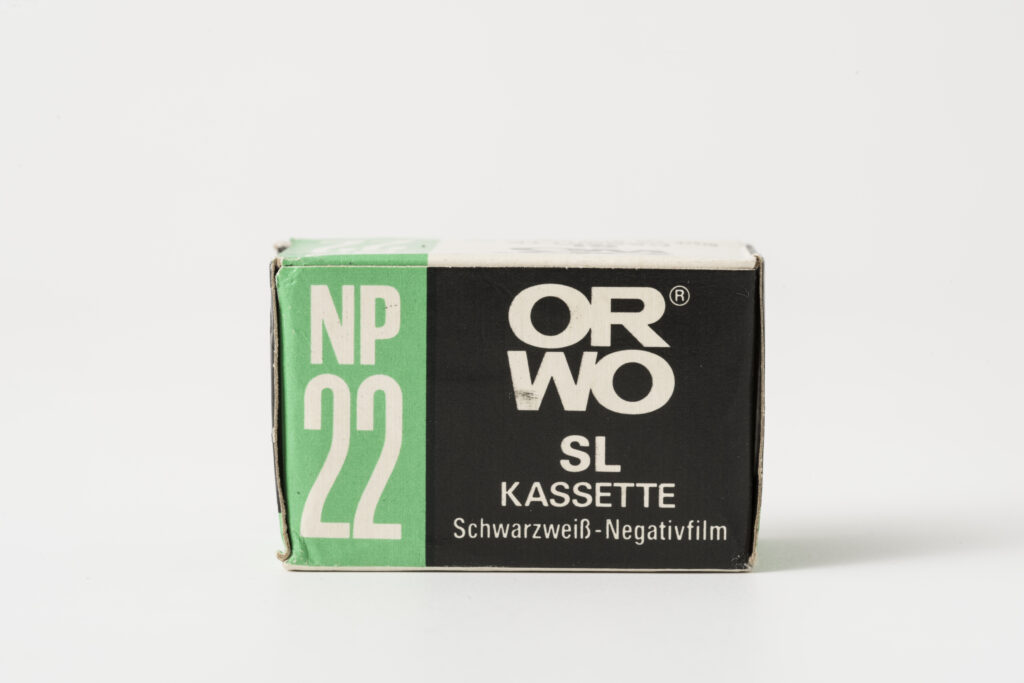 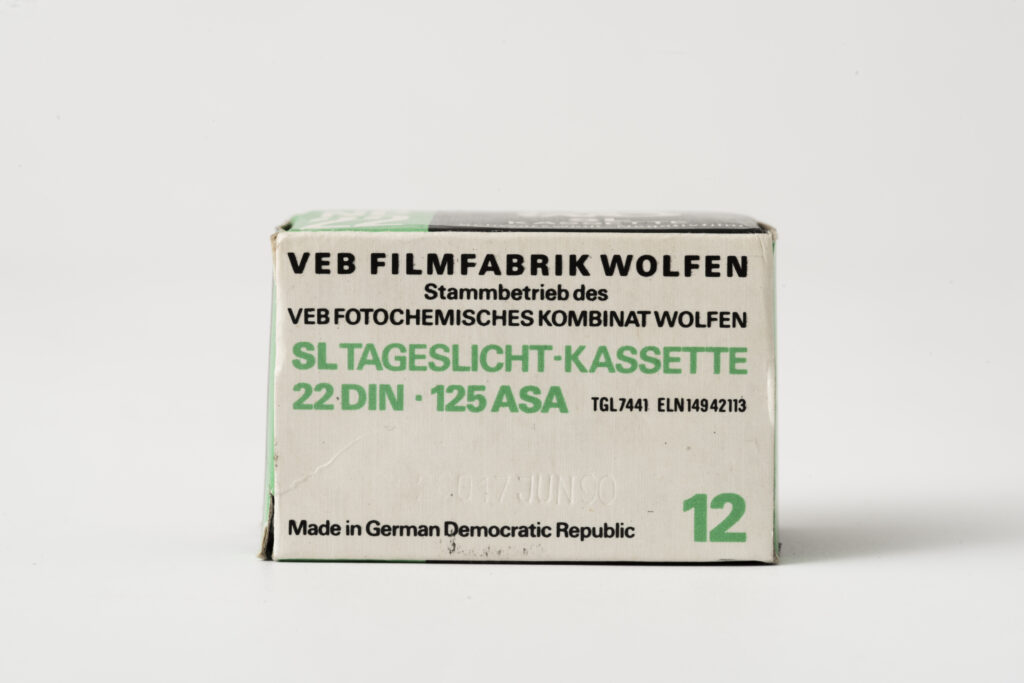 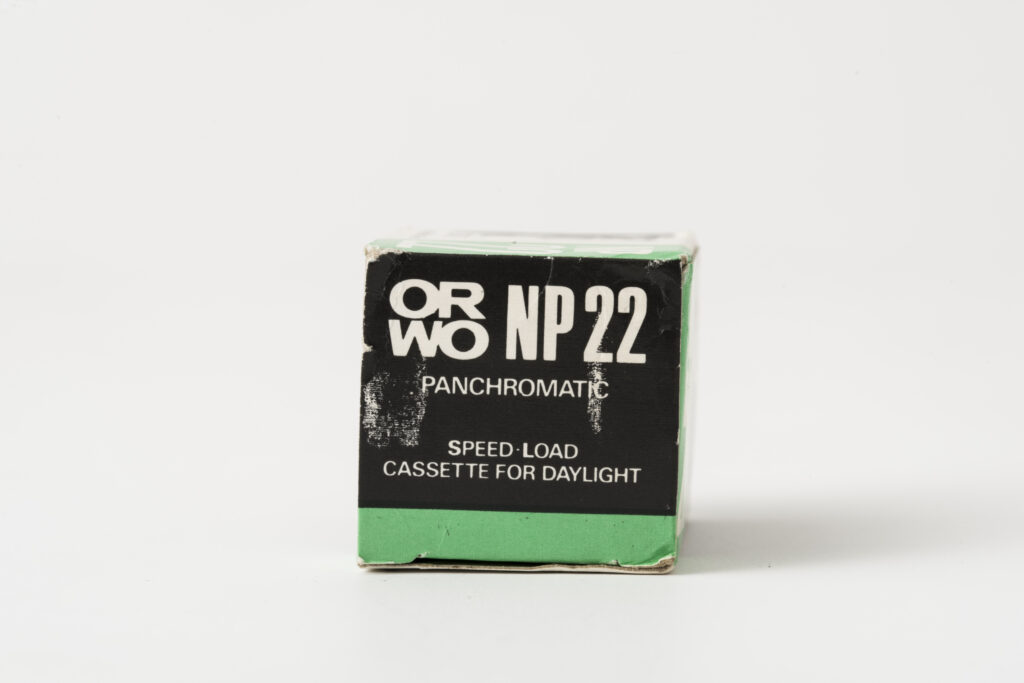 The photo roll of type ORWO NP 22 film (measuring 5.5 x 3.5 x 3.5 cm) contain black and white negative film for 12 pictures each. They are sealed in a composite foil and packaged in a cardboard box. The packaging is printed with “ORWO Film” or “ORWO” – an abbreviation of “Original Wolfen”, the word mark of VEB Filmfabrik Wolfen. The ORWO brand was introduced in 1964. The corporate design was developed by the graphic designer Ernst Schneider. The black, white and green packaging is printed in German and English, indicating an international sales market. ORWO rolls of film were produced from 1963/64 onwards by VEB Filmfabrik Wolfen. Photo and film material had previously been manufactured in Wolfen by Agfa (from 1909 onwards). In 1964, the name Agfa (which was subsequently only used in West Germany) was replaced by the new brand ORWO in the GDR. In the 1970s and 1980s, ORWO became the GDR’s most important industrial manufacturer of photo and film material.