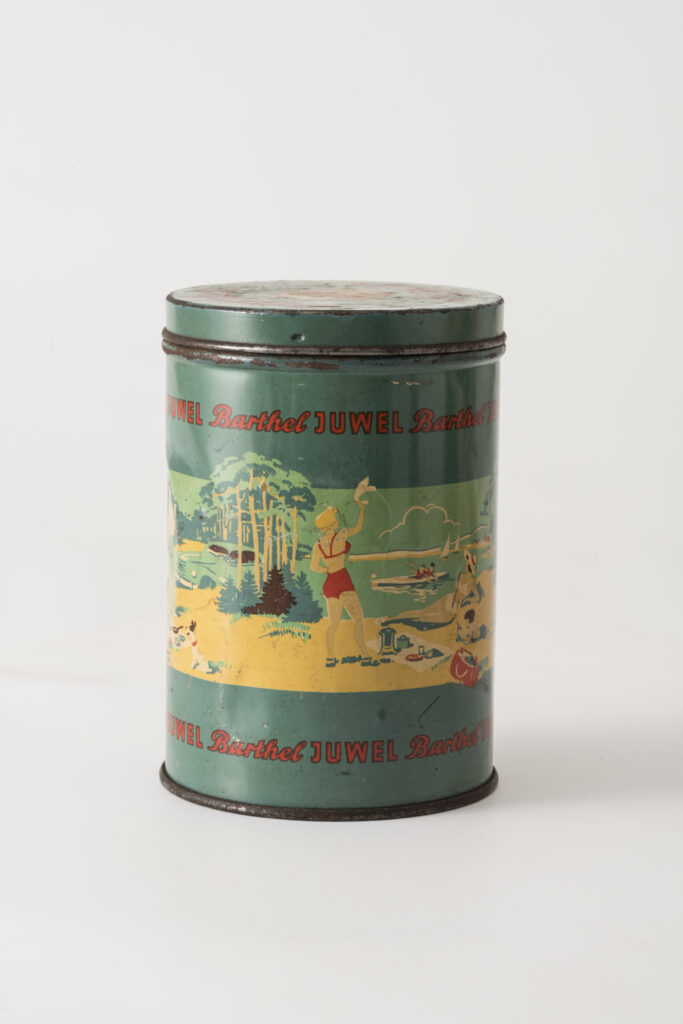 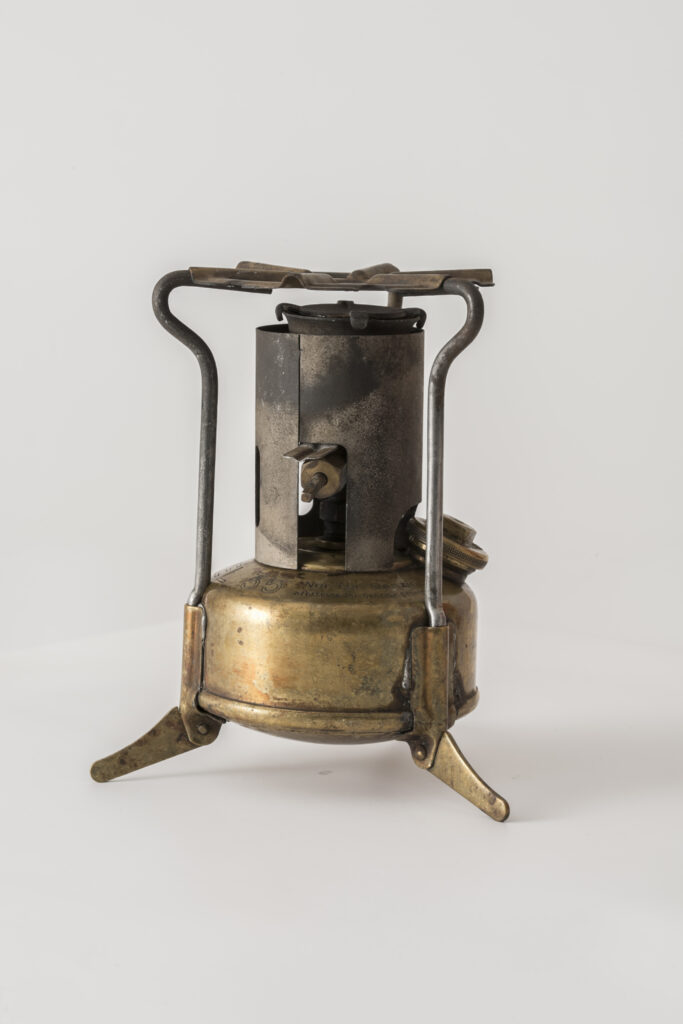 The travel cooker “JUWEL 35” is packed in a 15 cm tin can. To save space, it is dismantled into several smaller elements, such as the petrol canister, three cooking bars and the hotplate. Before use, these elements needed assembling and the cooker had to be filled with petrol, which was easiest using a funnel. The wording on the tin “Barthel Original für Reise und Sport” (“Barthel original for travel and sport”) refers to its use, as do the picturesque sceneries. The travel cooker was produced by VEB Lötgeräte Dresden. The state company had its roots in a firm founded by Gustav Barthel to produce soldering, heating and cooking devices. Thus the cooker and the tin repeatedly display the name “Barthel” and its logo, consisting of an oval emblem with crossed swords between the initials “G” and “B”.