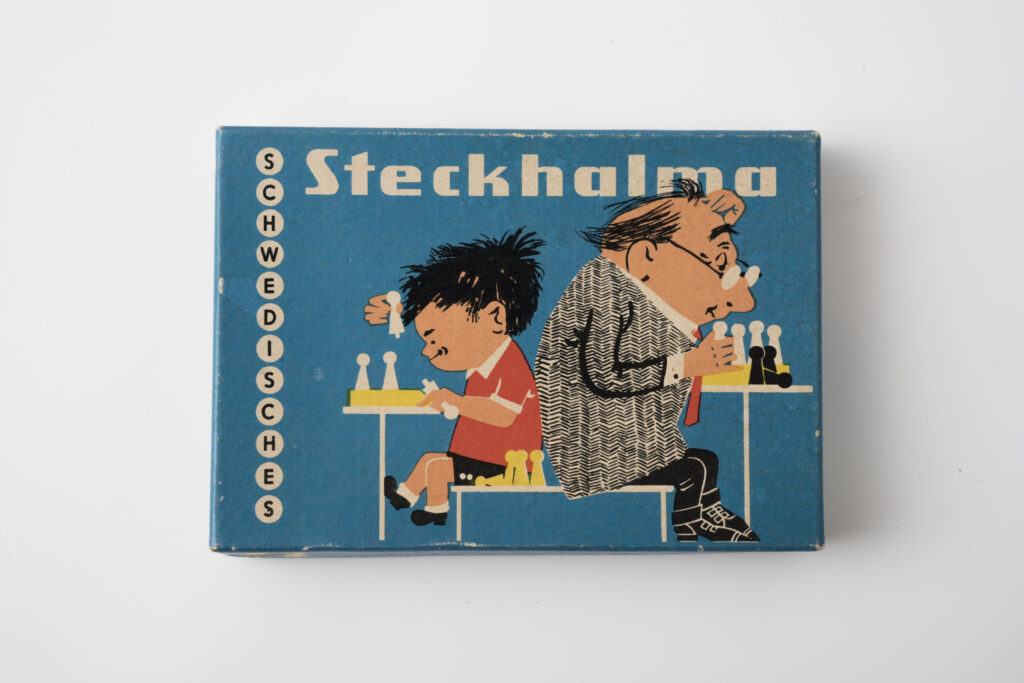 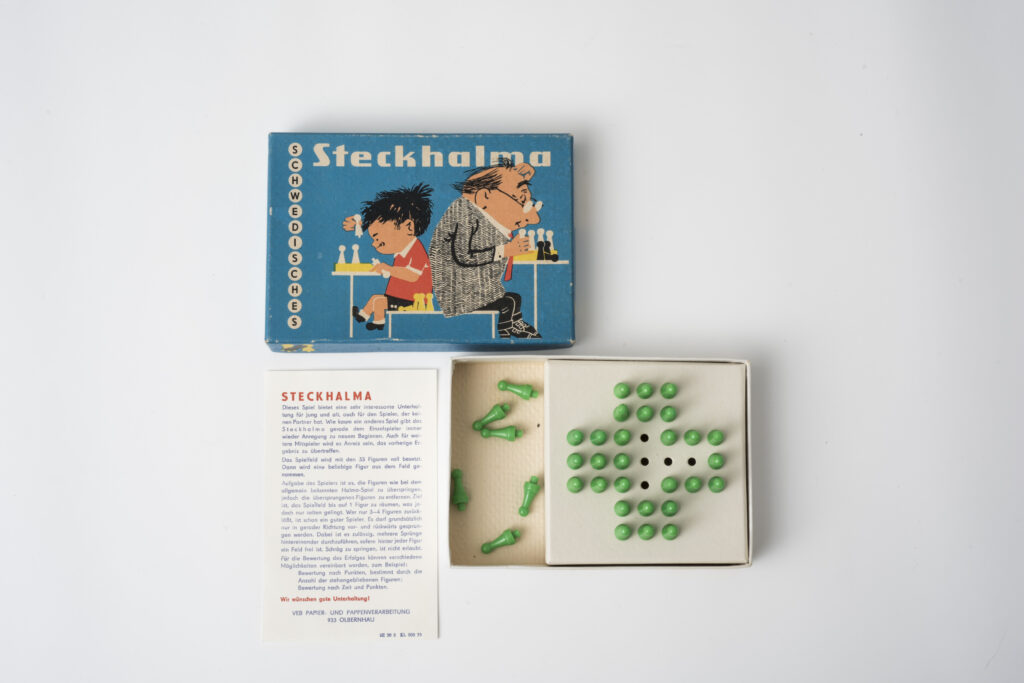 The travel game “Schwedisches Steckhalma” (11.0 x 16.0 x 2.5 cm) is based on the board game Chinese chequers. The travel version consists of a board made of card with 33 holes and 33 green and red pieces. The game’s colourfully printed lid presents an older man playing the game, indicating that the game can also be played alone, unlike the original Chinese chequers, although a two-player game is also possible. “Schwedisches Steckhalma” was produced by VEB Papier- und Pappenverarbeitung Olbernhau from the early 1960s onwards. The included instructions explain the game’s principle: all the pieces are placed in the holes. Any piece can be removed from the board. Then the pieces must be moved by jumping over each other, as in classic Chinese chequers. Pieces that have been jumped over are removed from the board. The aim is to have only one piece left on the board.