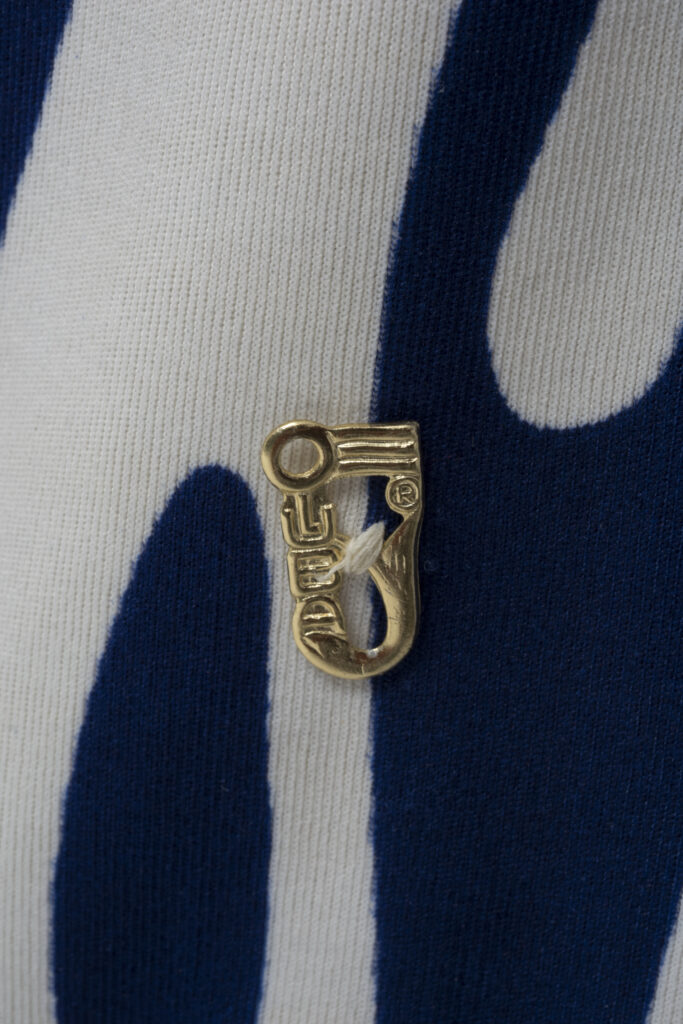 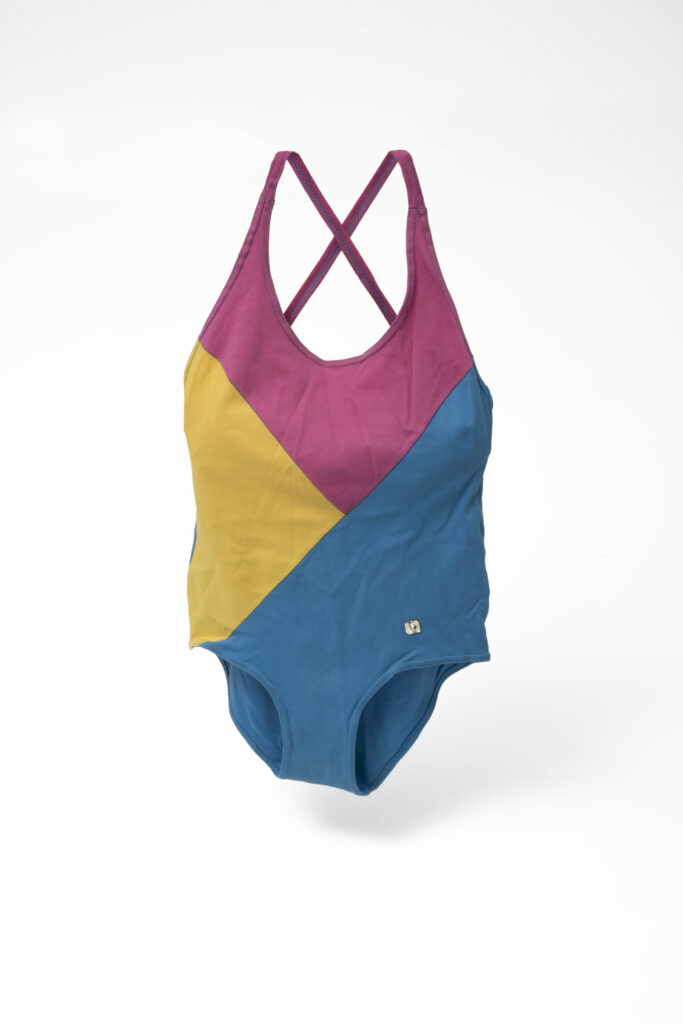 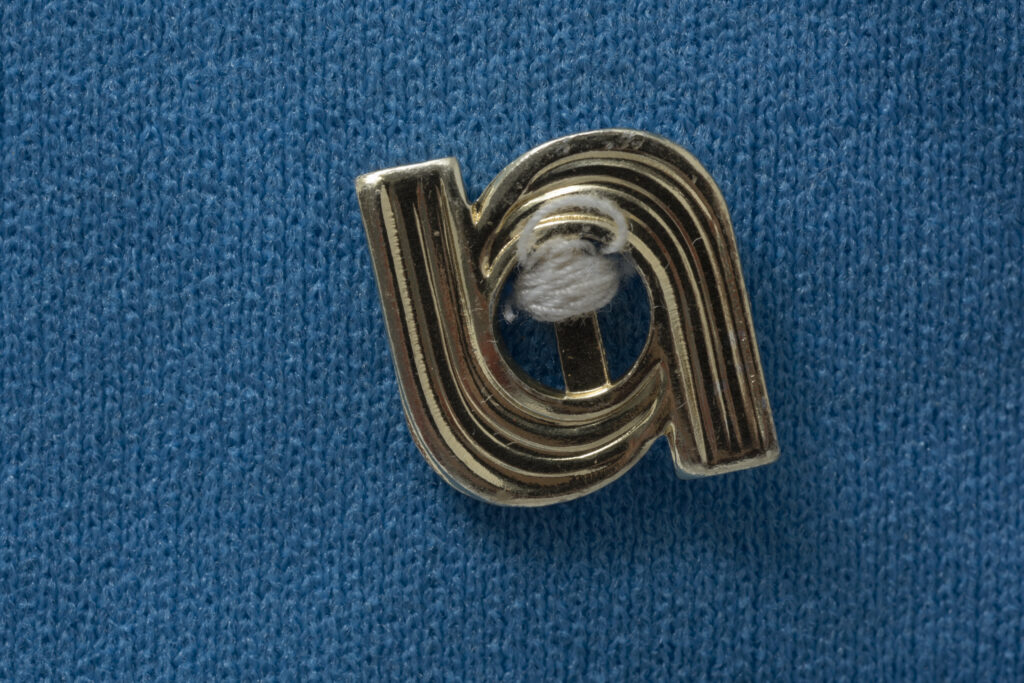 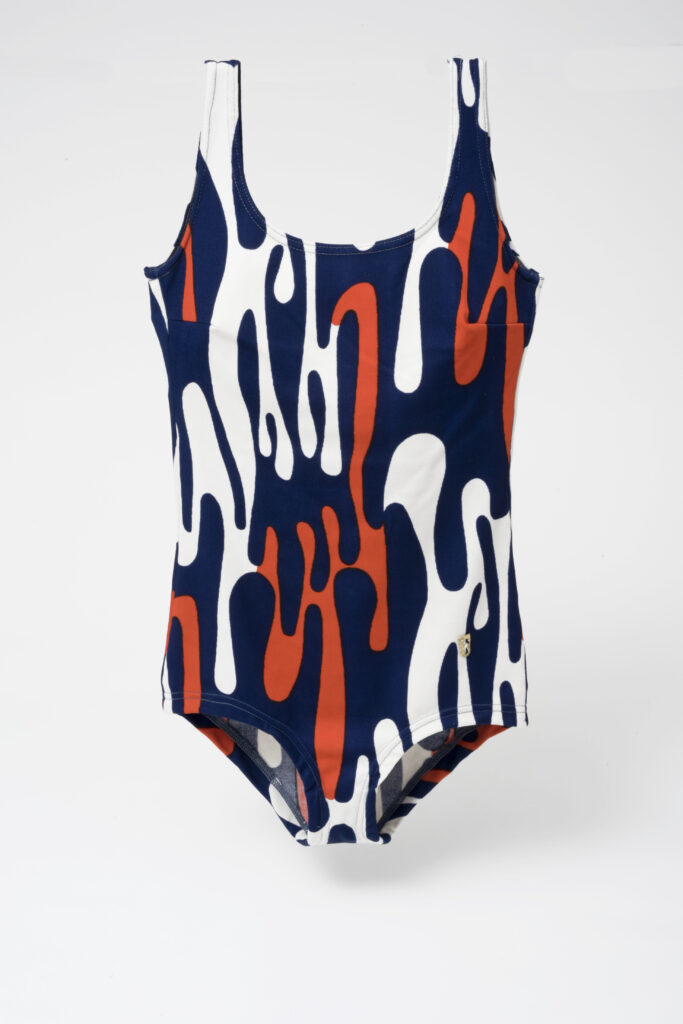 The two bathing costumes (size 164) with different patterns are made of the synthetic fibre Dederon. The pink, yellow and blue patterned bathing costume was sold under the brand name “Sporett”, as indicated by the golden S-shaped metal label on the front. The slim straps cross at the back. The blue, white and orange patterned swimsuit has a round neckline. It also has a golden sew-on logo on the front, consisting of the letters “OLUBA” and a stylised fish. In 1967, the original name of the manufacturer VEB Goldfischwerk in Oberlungwitz was changed to VEB Strickwaren “OLUBA”. All patterns and forms of the articles it produced were exported to many different countries. Two years later, the company merged with VEB Trikotagenwerk “Ideal” Karl-Marx-Stadt to become VEB Strickwaren Oberlungwitz. Its most famous brands were “Goldfisch”, “Oluba” and “Sporett”.