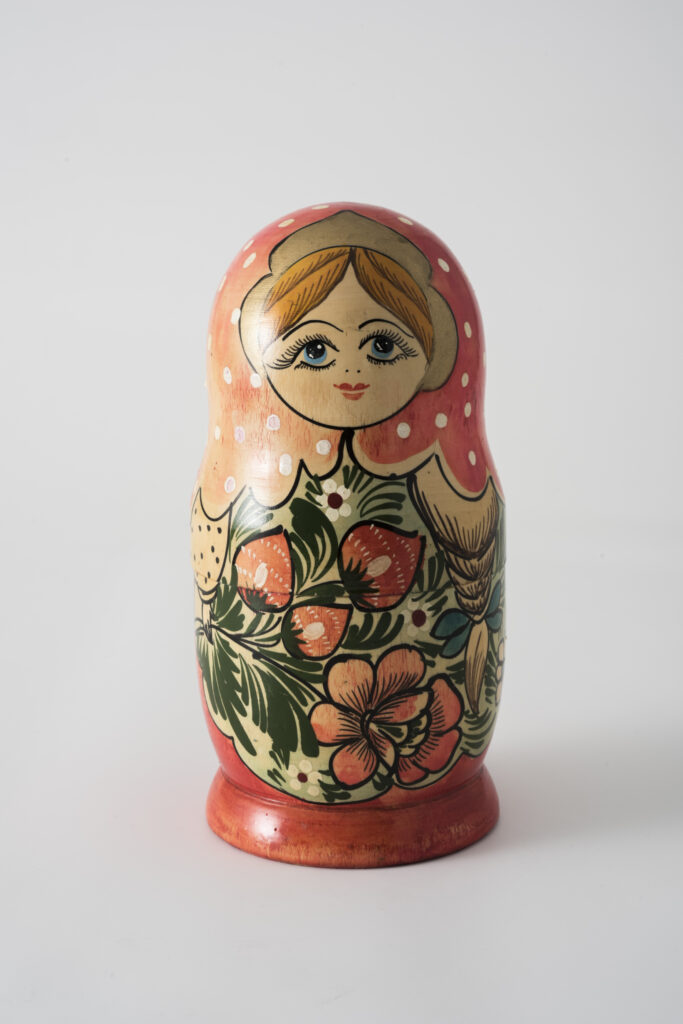 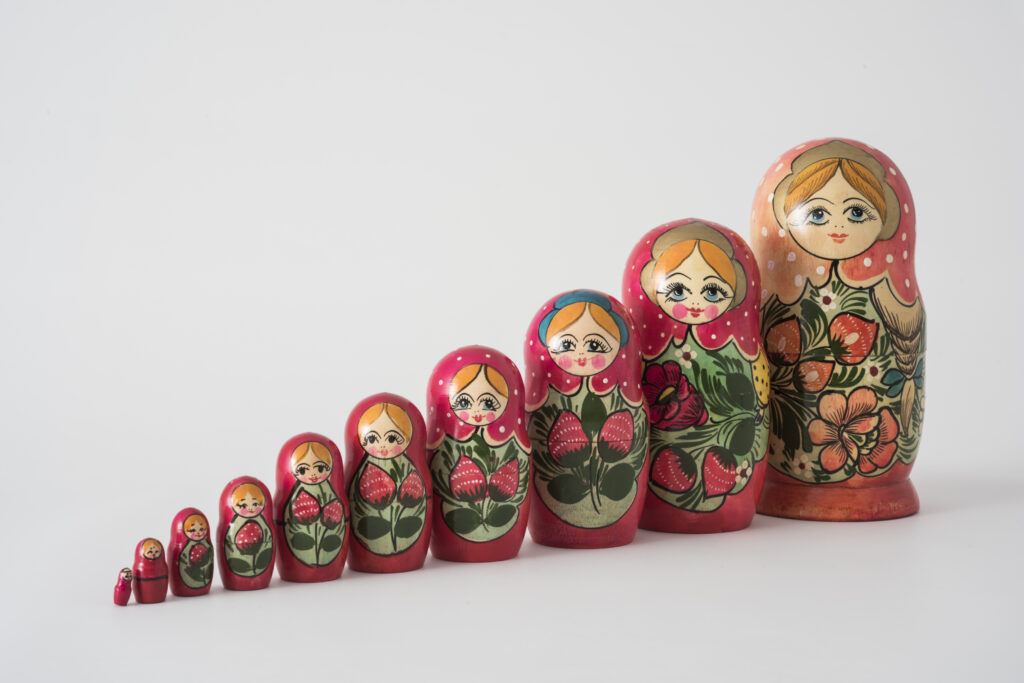 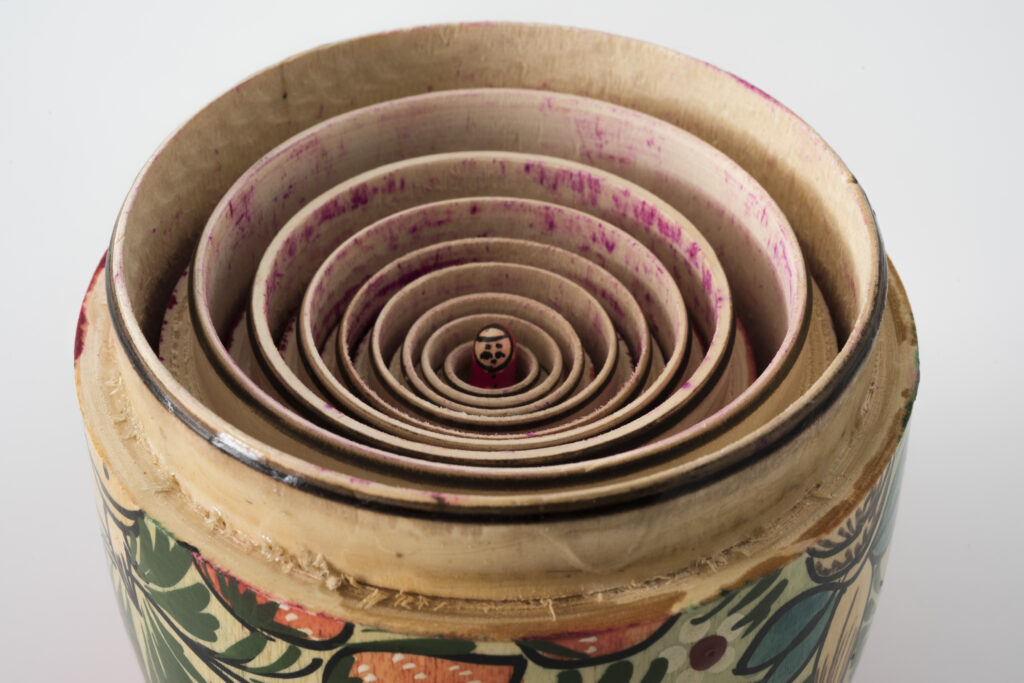 The ten-part wooden figure presented here, known as a Matroschka, has a height of 25 cm. It consists of nine bisected, hollow dolls that can be stacked inside each other, plus a tenth doll made of solid wood. The largest figure stands on a small, round pedestal. The Matroschka’s colourfully painted form represents a peasant woman in traditional clothing. The famous dolls within dolls were invented in Russia in the late 19th century and became a popular souvenir for travellers to the Soviet Union. The doll was usually made of birch or linden wood and artistically (hand-)painted. Matroschkas often consist of between five and seven dolls. First, the smallest figure was produced and then the larger pieces were built to fit over them. They were above all intended for private enjoyment, as souvenirs or for decoration.